Gareth started his career at an insurance company before moving into law in 1996. After 5 years working at Easthams his career took him to Liverpool, where he spent 12 years working for a large solicitor’s practice. It was here Gareth became Business Process Manager, a role which allowed Gareth to use his claims handling knowledge and look at how the use of technology could improve the business.

In 2014 Gareth returned to Easthams to fulfil a similar role and a year later he became Practice Manager. A varied role which includes IT processes, compliance, HR and all aspects of running an office.

Away from work Gareth has a variety of hobbies. He is a football fan, supporting Preston North End. He plays golf when time allows and is a member of a local golf club. Gareth has spent many years researching his family tree and loves watching American football. 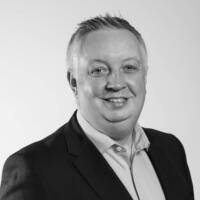