Robert completed his post graduate studies in Law in 2010 and has been litigating on behalf of injured clients since.

He joined Easthams in 2014 and believes in a robust approach to the insurance industry, which he believes, all too often has things its own way. However, he also considers it is important that clients are provided with full and frank assessments of the merits of their own claims so that they proceed with realistic expectations.

Outside of work Robert is a black belt in the martial art Iaido. 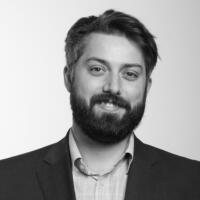